Remember this post about me visiting Herzogenaurach some time ago back when I was in Germany travelling?

Well, for my German class, we were to do up a referat (oral presentation) on a place, and because Freiburg was taken, I decided to do on my next favourite place in Germany, and a place whom nobody knows about, so at least if I give factual errors, nobody knows about it and I won't feel paiseh. My German teacher hadn't even heard of that town before. hehehe... Actually, back when I bought my tickets to go there from Freiburg, that old Reisezentrum (travel centre) attendent too hadn't heard of that town before.

Anyway, I remembered an advice given by an ex-tutorial mate who's a bizad student, he said that if the content is lacking, must make use of some other form of aesthetics to make the content look interesting and more volumous than it is. Hence, I went to custom make my own powerpoint slides~ hehehe... Another trick I learnt from him.

I spent four hours last evening to night doing up the powerpoint slides. The most amount of effort I've ever put into making powerpoint slides. And after making these very beautiful and themed slides, I'm starting to looking down on people who uses custom slides or worse, plain coloured slides, or lagi worse ugly coloured slides. I even uniformed the fonts and used the nicest and easiest to read font. erm... Okay, easy to read is debatable because someone once said that it is proven that Times New Roman is the easiest font to read when printed out, but this is powerpoint, so it's projected out not printed out. yea... Over my dead body that I'd use Times New Roman. I used Berlin Sans to go along with the German theme. wahaha~

Anyway, I'm putting up my slides~ 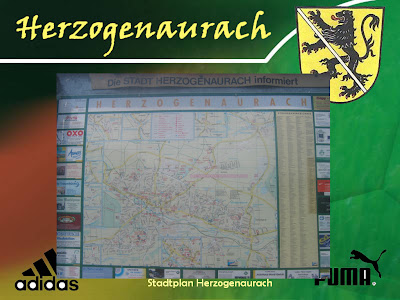 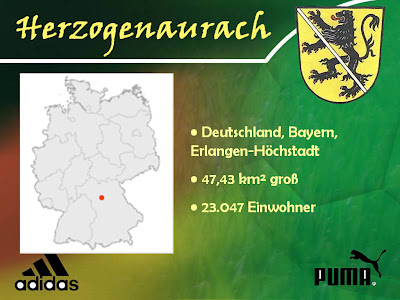 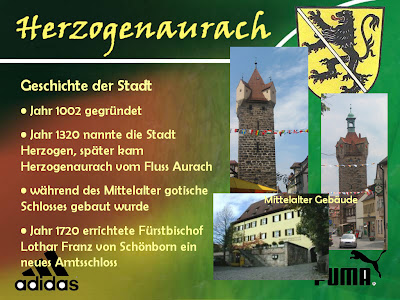 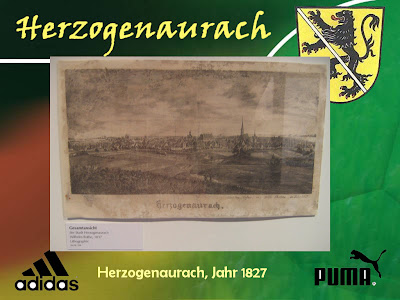 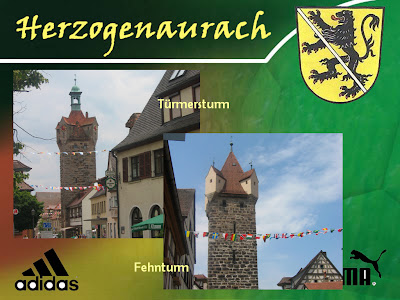 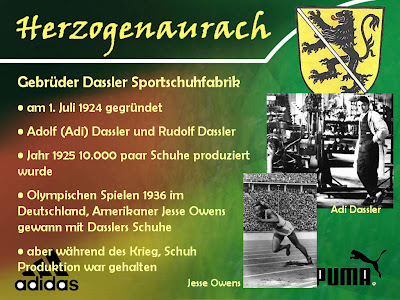 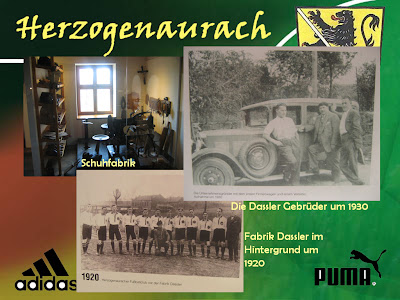 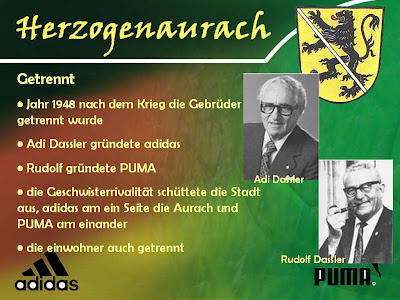 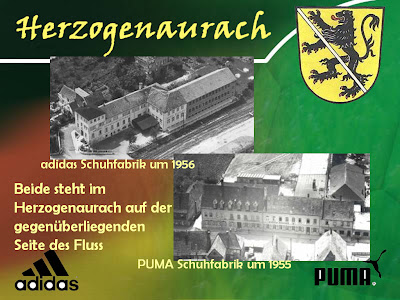 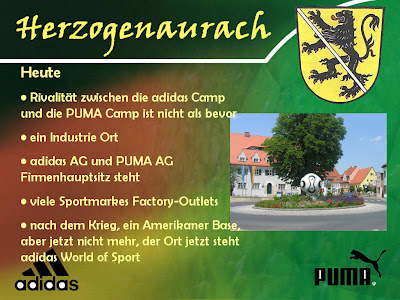 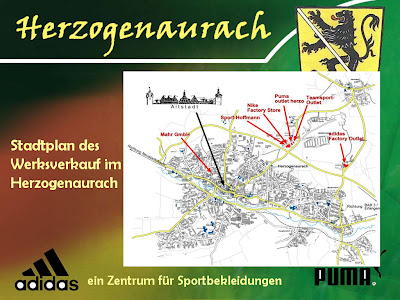 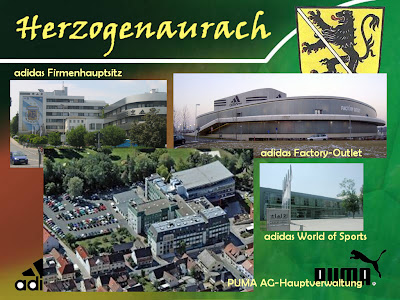 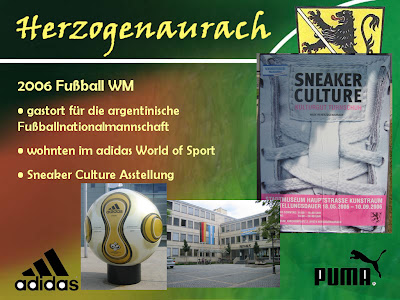 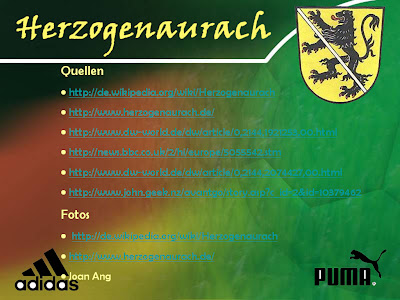 I like the black and yellow theme on a German flag and football field/football background, and it fits my topic on adidas and PUMA.

Of course, those points were only to give me a rough idea about what to talk about, I prepared a couple of postcards about much more points to speak on, but I didn't get to say everything in the cards because I overran my 5min of time. But I must say, I still love my slides to bits. It came up to about 23mb big, that file, but it's damn worth every single megabyte.

I must do more powerpoint presentations in the future man~
Posted by xxoos at 9:14 pm